For many, exercise and training is simply stepping into gym shorts and tank tops and lifting some weight, doing some cardio, rinse and repeat for an hour or so and go home. For others, going to the gym is a lot like preparing for battle, and the enemy is weakness and body fat. Treating exercise as if it was war may sound extreme, but that’s exactly what the folks at Anabolic Warfare wants their clients to think with their Nuclear Armageddon pre workout.

With a name like Nuclear Armageddon, it’s safe to assume that Anabolic Warfare wants you to bet it all on this pre workout. Can it actually help you win the battle of the bulge? Read our Nuclear Armageddon Pre Workout review to find out! 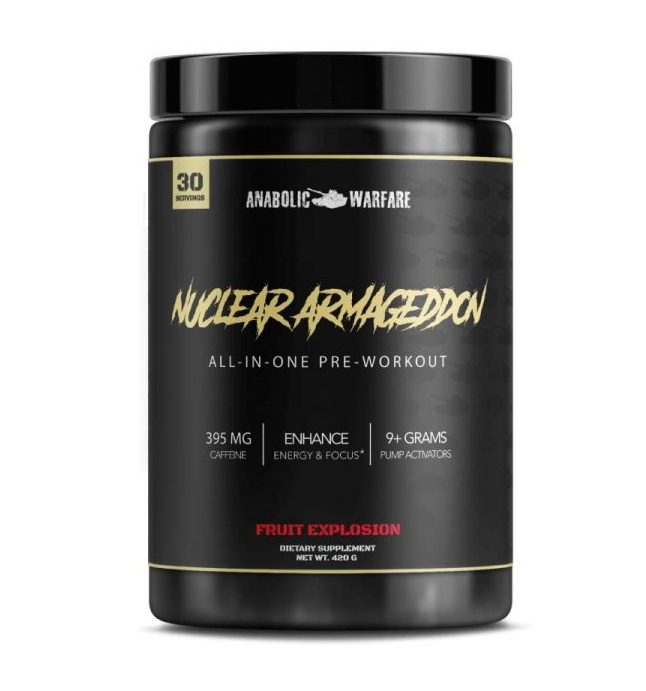 This product is sold by Anabolic Warfare, a Texas-based supplement company that also sells apparel on top of a robust selection of BCAAs, protein powders, and other anabolic products. 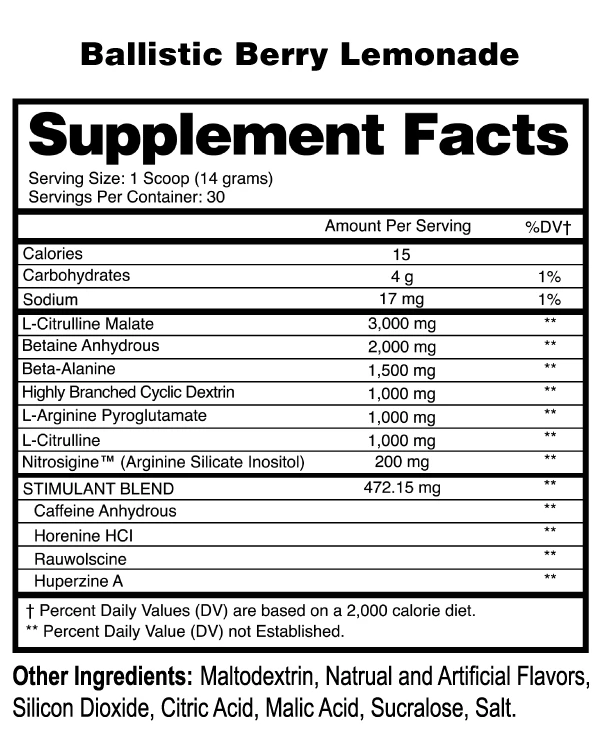 The ingredient list looks simple enough. The first part are ingredients we’ve come to know and love in our pre workouts, the second one is a proprietary blend that we think we can guesstimate when it comes to dosages for each of the four ingredients listed.

Thinking about ordering Nuclear Armageddon? We've put in the research so that you don't have to!

Who is Nuclear Armageddon made for?

Nuclear Armageddon feels like it’s for the kind of user who likes to feel like he’s going to war every time he trains. It’s definitely for stim fanatics, since the 400 mg caffeine isn’t something any new or average user is willing to take on.

The immediate effect would be a high dose of energy. Then, you would experience a hot sensation due to the combination of caffeine and rauwolscine, which may give you sweats. The pumps will happen too, but gradually and perhaps in a sustainable manner.

Beta alanine is a given which may cause you to itch a little. However, the dosage is quite mild so we wouldn’t think of this itch as nothing more than a tiny ant crawling on your arms or legs.

For caffeine, the possible 400 mg dosage is indeed worrisome. With no theanine to counter the side effects, you might be in for quite a wild ride of jitters, nausea, and the crash.

Nuclear Armageddon wants you to be ready for battle. High energy, great pumps, and with a good enough focus to get you doing nothing but lift, Nuclear Armageddon definitely earned its name. There are some things we noticed that the brand can improve on, but apart from them, we think Nuclear Armageddon is, at the very least, a good pre workout.