Everyone knows the story of Dr. Jekyll and Mr. Hyde mostly because many of us were forced to write an essay or report about their story. And because people are more than familiar with these two characters, Pro Supps decided to capitalize on their popularity by naming their flagship supplements after them.

Dr. Jekyll is one of Pro Supp’s most popular brands and is meant to act as the direct counterpart to their Mr. Hyde series of supplements. They named it “Dr. Jekyll” because the formula is stim free. Meaning, you won’t go into a blind rage while you bench your PR.

We’re a fan of literature and all (yes, gym buffs actually read books!), but we’re also not easily bought by marketing stunts. If they’re going to name their flagship stim free pre workout after a famous character, they better make sure the formula lives up to the name.

Is Dr. Jekyll Pre-Workout worthy of such a well-known name? Read on to find out. 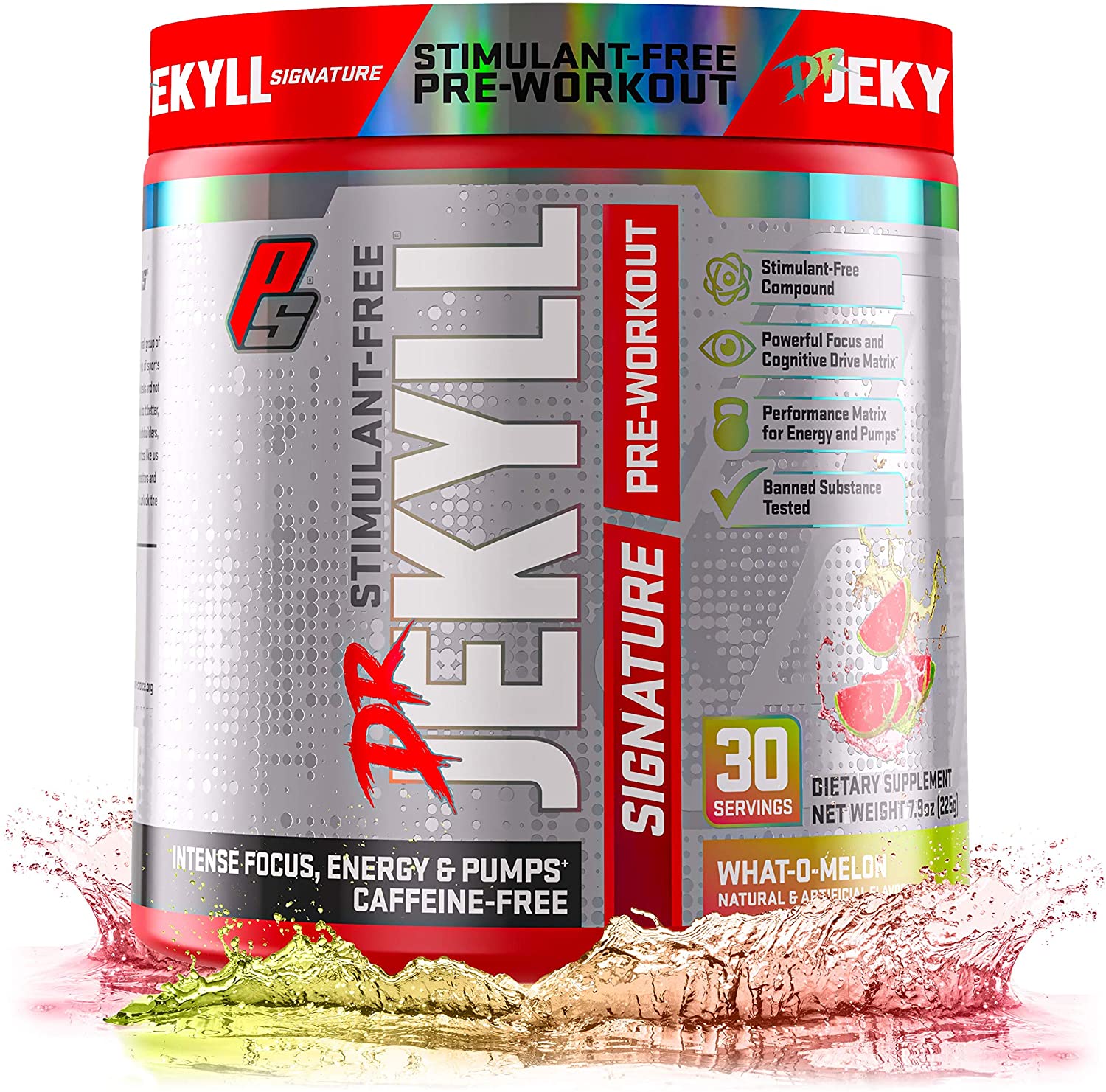 Here's where you can get Jekyll

Dr. Jekyll Pre-Workout is sold by Pro Supps, a company that sells a variety of supplements ranging from pre workouts and testosterone boosters to RTDs and fat burners. They’re also proud to have many brand ambassadors, which is a good testament to the kind of money they’re willing to spend just to get their bottles selling like pancakes.

As for Dr. Jekyll Pre-Workout, they describe it as the evolution of pre-workout formulas driving all of the important aspects of your workout by maximizing focus, muscle pumps and fullness while increasing training endurance and elevating strength/power output. They also mention using trademarked ingredients and blends which is always a good marketing tactic.

Some of their claims include promoting endurance, enhancing blood flow, and also fat burning.

Here’s what we notice with the bottle: 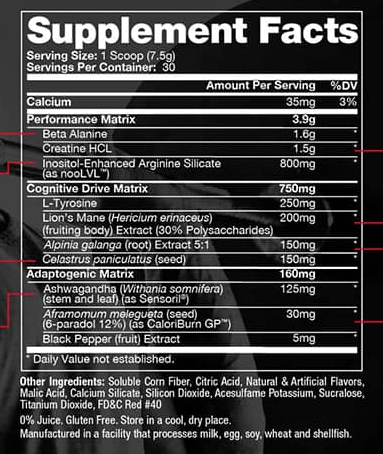 Directions: Mix 1 scoop of Dr. Jekyll® with 8 oz of cold water. Consume 15 to 30 minutes before exercise. We recommend assessing your tolerance if you decide to stack with another product by starting with ½ a scoop of each before proceeding to a full serving.

SOME USERS MAY EXPERIENCE A WARMING SENSATION AFTER CONSUMING. THIS IS COMPLETELY HARMLESS AND IS ATTRIBUTED TO THE AFRAMOMUM MELEGUETA.

Dr. Jekyll Pre-Workout makes use of 10 key ingredients divided into three different blends. It’s actually a smart move because they only have 7.5 grams to work with. The fewer ingredients you use, the more dosage each ingredient can get. More dose equals more power.

“The daily ingestion of Grains of Paradise, but not the placebo, increased whole-body Energy Expenditure. These results suggest that Grains of Paradise extract may be an effective and safe tool for reducing body fat, mainly by preventing visceral fat accumulation.”

Thinking about ordering Jekyll? We've put in the research so that you don't have to!

Who is Dr. Jekyll Pre-Workout made for?

Dr. Jekyll Pre-workout is definitely formulated for those who have used stim filled pre workouts before and regretted doing so. This pre workout is also good for users who already have a separate stimulant blend, and are just looking for a powder to stack.

Then of course, Dr. Jekyll Pre-Workout is also made for people who want a quality supplement without burning a hole through their pockets.

What are Dr. Jekyll Pre-Workout’s benefits?

Based on what we’ve seen, we think Dr. Jekyll will help you workout longer, get pumped, and feel good about working out and being pumped. Such is the nature of adaptogens and nootropics. We also like how they made sure to get the nootropics their fair share of doses, especially in an industry that thinks nootropics and pre workouts don’t go well.

Can we say that Dr. Jekyll Pre-Workout can also burn fat? At the 30 mg dose they gave aframomum? We don’t really see it. The thermogenic benefit seems more like an afterthought than a purposeful addition.

There are two side effects to watch out for, but they’re both “okay” because they don’t really cause any harm.

The first side effect will come from beta alanine. Beta alanine has large molecules, and as the molecules pass through our veins, they have a tendency to bump into the nerve endings of our skin. This makes you a bit itchy.

The second side effect will come from their aframomum herb. This herb, like cayenne (which is more potent for thermogenesis by the way), makes you feel warm and maybe even cause you to sweat. This is simply how thermogenesis works: it makes the body burn fat to produce heat.

Is Dr. Jekyll Pre-Workout worth buying?

In the context of a stim-free pre workout, Dr. Jekyll Pre-Workout is a really decent brand. It has the makings of a high quality pre workout formula, except just not as potent. One of the many things that holds it back is the lack of branded ingredients and the use of plain forms.

In supplements, the more potent or pure an ingredient is, the more benefits it can give. Generic forms are low quality and tend to need more dosage for peak function.

Dr. Jekyll Pre-workout wants you to know that even if you hate caffeine, it doesn’t mean you’re no longer able to choose high quality pre workouts. We think with the formula Dr. Jekyll Pre-Workout shows us, non-stim users can still get their fair share of pre workout benefits especially with endurance and focus.

However, we do like to reiterate that Dr. Jekyll Pre-Workout is not exactly using max potency ingredients. The difference between a branded or high purity ingredient and a generic version is leagues apart.

Regardless of the absolute potency of the formula, Dr. Jekyll Pre-Workout is still a really good stim-free pre workout to recommend. Plus points if you’re also a fan of the story.