Looking for a good pre workout is a lot like hunting for ghosts: It can be scary, but ultimately disappointing lots of times. Ghost Legend pre workout wants you to know it’s not one of them.

Ghost wants to scare the competition away with its cartoony design and rather straightforward formulation, guaranteeing lots of pumps with every scoop.

Is Ghost Legend a legit contender for top pre workouts ever or is it just another prank of a supplement? Let’s find out! 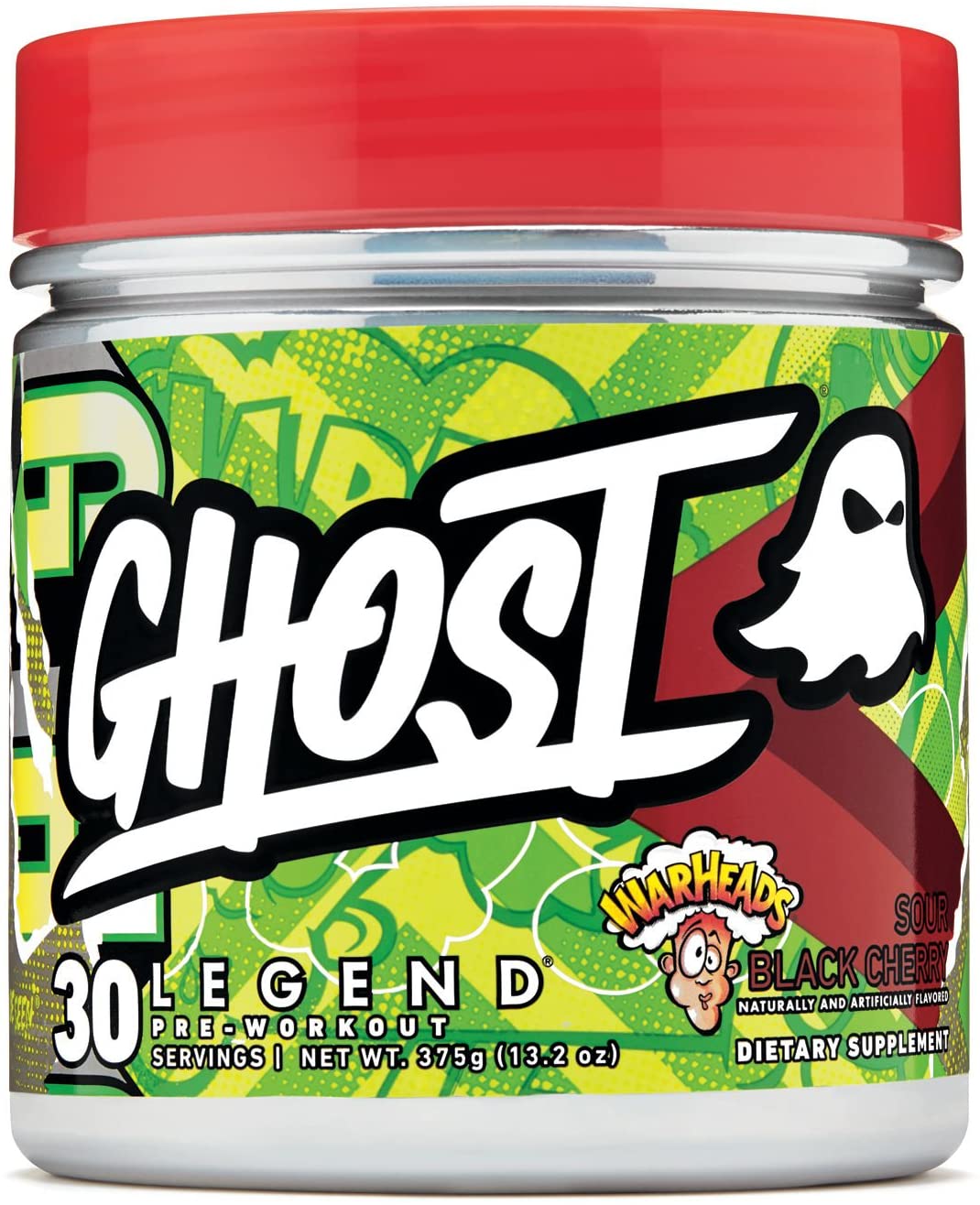 Ghost isn’t without endorsers as evidenced on their page. One of their biggest endorsers is YouTuber, bodybuilder, and entrepreneur Christian Guzman. When you realize what he looks like and what he’s known for, that’s when you know Ghost isn’t clowning around. Here’s what we noticed:

DO NOT EXCEED 2 SCOOPS PER DAY. Mix each scoop (serving) of GHOST LEGEND® with 6-8 oz of water or beverage of choice. Start with 1 scoop or less to assess your tolerance. Consume prior to exercise on training days.

This is Ghost’s primary blend It has ingredients catered to a good lifting experience and we think it’s smart to start with a blend that people pre workouts for.

This blend contains accessory ingredients that don’t necessarily drive the blend’s overall intent, but gives users a better overall experience especially when it comes to stress and focus.

Thinking about ordering Ghost? We've put in the research so that you don't have to!

Who is Ghost Legend Pre-Workout made for?

Most pre workouts capitalize on caffeine being cheap, so they add as much of the stimulant that they can get away with. Ghost isn’t like them.

Ghost is designed for consumers who don’t like the idea of being caffeine-dependent. Its market are users who are experienced with supplements and are on the lookout for something that isn’t purely running on stim.

What are Ghost Legend Pre-Workout’s benefits?

The main driving force of Ghost is its pump-support. Each serving should help you feel more pumped, allowing you to lift heavier than usual for more reps per set. There’s also an angle on mood-boosting, so you also feel good while lifting.

Caffeine’s total dosage isn’t that bad as it’s just around 200 mg. 200 mg is literally just two cups of coffee or maybe two shots or so of espresso. A lot of people can tolerate that much caffeine, but in case you can’t, you could experience jitters, headaches, and the crash.

Beta alanine could cause you to feel itchy, but some say it’s a sign the ingredient is working.

Ghost builds on the basics of a pre workout, bust puts heavy emphasis on the pump benefits. Not only the pump, it also boasts of a good source of energy that won’t necessarily make you have a bad day when the effect wears off.

Our only nitpick is the price. We see a lot of other pre workouts who perform in a similar manner or have better ingredients, but only sell for like $5 to $7 off. Price matters when you’re taking something you might buy for years.

Should you take Ghost Legend? The only things that can stop you are the childish design and price. If you can sit with that, then Ghost is a pretty nice product.

Looking for purchasing options? Below you'll find the best pricing we found!