One of the few things every lifter wants from a pre workout is to get energized and pumped. If your pre workout formula doesn’t have the right ingredients for those two things, it ain’t gonna be flying off the shelves. The folks behind GAT PMP promise to give you those two pre workout benefits to their maximum extent, and more.

Some of their other claims include being a unique pre workout, which is really almost impossible to prove given the hundreds of formulas that have been tried and tested (and even rehashed). However, we’re not counting GAT PMP just yet. Something tells us that their generic  bottle look is a sign of professionalism and not bad marketing.

Is GAT PMP Pre-Workout meta defining in the industry? Read on to find out. 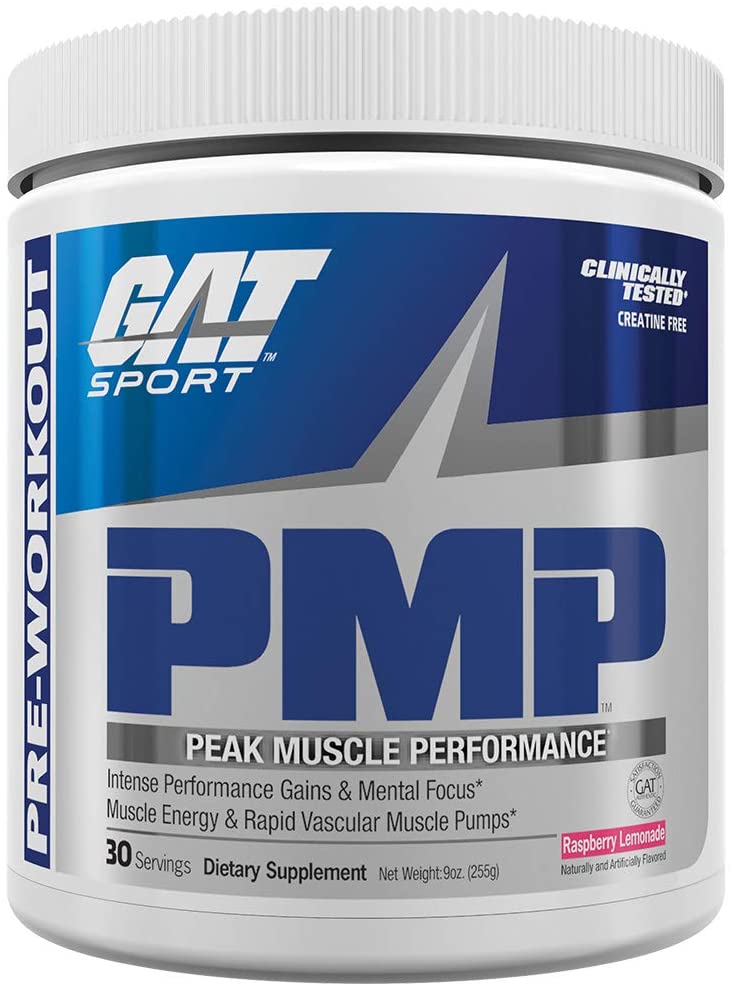 We’re definitely in progressive times, because GAT PMP Pre-Workout not only has a stim-free variant, but also a ready to drink version. Yes, just like G-Fuel. This shows that the company is really adamant at marketing to not just the typical lifter, but also those who don’t like stimulants too much or those who take pre workouts on the go

One of their main claims is how they can deliver the next generation of intense pre-workouts, but we’ve seen a lot of claims like this that flopped. So hopefully, GAT PMP Pre-Workout can prove their worth.

Here’s what we notice with the bottle: 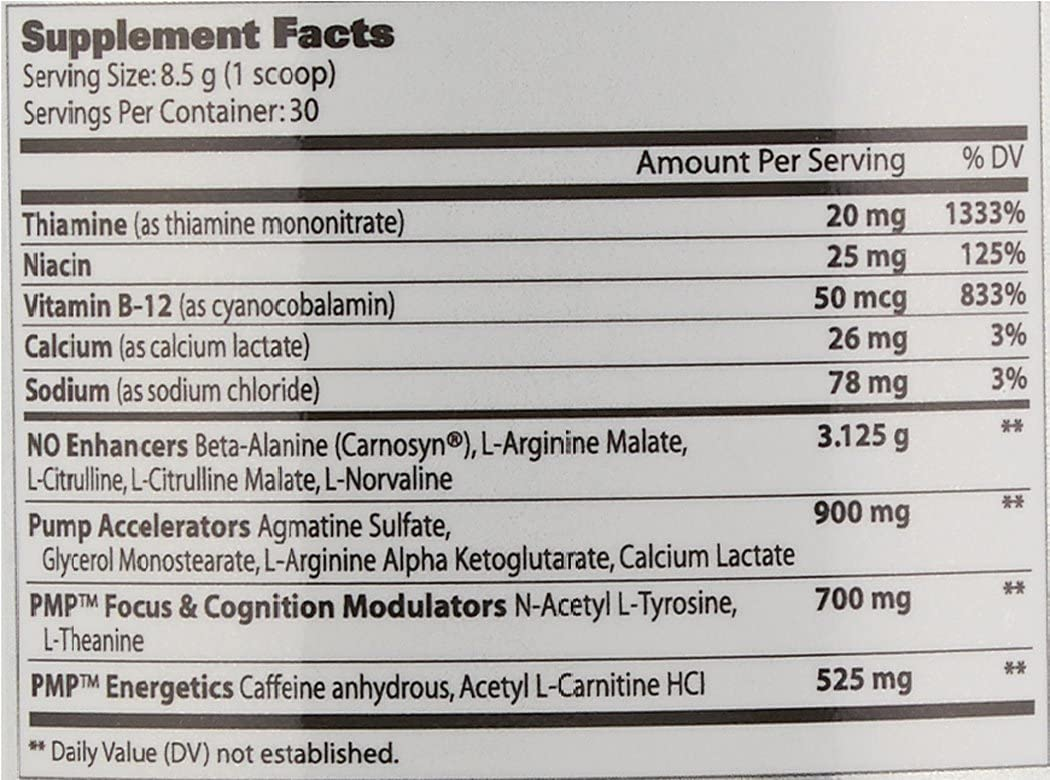 Directions: Powder: Mix (1) scoop with 8-10 fl. oz. cold water. Consume 15-30 min before workouts. Do not take any other products that contain caffeine or any other stimulants while taking this product. Do not exceed (1) serving in any 24-hour period.

Bottles: Consume one 10 fl oz bottle of PMP™ within 20-30 minutes prior to working out. DO NOT CONSUME with any other products containing CAFFEINE with this product.

GAT PMP Pre-Workout makes use of 13 key ingredients separated into four different blends.It would sound like a bad idea at first, given that 13 ingredients will all have to share the 8.5 gram serving, but some of the ingredients we see don’t require that much dose.

Thinking about ordering GAT PMP? We've put in the research so that you don't have to!

Who is GAT PMP Pre-Workout made for?

GAT PMP Pre-workout is definitely formulated for fans of the brand. They made mention of Nitraflex, a really popular pre workout, so that tells us they’re relying on name-recall and produced GAT PMP Pre-Workout hoping it would have the same marketing success.

Still, GAT PMP Pre-Workout does pack a punch, if only because of the quality and potency of the ingredients it uses.

What are GAT PMP Pre-Workout’s benefits?

Based on what we’ve seen, we think GAT PMP can help pump you up and energize you. The concentration of nitric oxide ingredients combined with the 325 mg dose of caffeine, plus the recovery and fatigue benefits of beta alanine, make the formula really synergistic and smart.

The side effects with taking GAT PMP Pre-Workout will come from caffeine. The 325 mg dose is really high. Think three and half espressos in one gulp. If you’re not fond of caffeine, then consider buying the stim-free version. If you take this and you’re kinda sensitive to stimulants, you might get a dose of jitters, nervousness, anxiety, and sweats.

Is GAT PMP Pre-Workout as good as Nitraflex?

For context, Nitraflex is a PURE pump pre workout. No frills; just nitric oxide super boosting. GAT PMP Pre-Workout, on the other hand, looks more like a typical pre workout except for its rather complex pump blend.

It’s a case of preference.

GAT PMP Pre-workout tries to draw from the success of Nitraflex, but ends up being a totally different brand.

GAT PMP Pre-Workout can give high levels of energy, focus, endurance, and even a decent pump benefit on the side. It may not have the super concentrated pumps you would get from Nitraflex, but it will give you what Nitraflex can’t.

Even if you think GAT PMP underperforms in its category, consider the price and realize it’s actually great value.

Enjoyed this PMP Pre-Workout review? Take a look at where we're seeing some great prices!