There are a lot of supplements people use to get to the next level. The usual supplements are stimulants like caffeine, those that promote protein synthesis like creatine and whey powder, and other supplements that can pretty much help us when we do our workout and afterwards.

However, a few substances are so good for performance and muscle growth that they can be bad for your health if you use them too much. These are steroids, and right now, steroids are heavily regulated, and the ones you want for gym performance are really tough to get.

Despite the heavily publicized health risks associated with steroids, some of us just want to know what it's like. The problem is, getting any steroid outside of a prescription is challenging and likely have to go through illegal means.

Fortunately, there are companies out there who are out to produce specific supplements for people who just need to scratch that itch. One of them is Crazybulk, and for this review, we'll be analyzing HGH-X2 (which pairs well with D-Bal), their supposed alternative to Somatropin.

How good is Crazybulk HGH-X2 Somatropin? Can it actually replace a steroid's function without the side effects? Read on to find out. 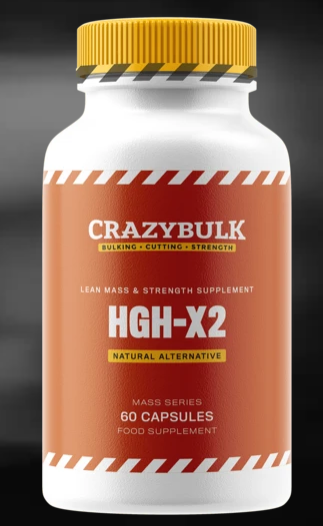 Crazybulk HGH-X2 Somatropin is described to help with substantial muscle gains, promote fat loss, and just speeds up muscle recovery time. Nothing out of the ordinary as we've seen these claims across so many supplements.

They do an excellent job at explaining how the supplement is supposed to work and why their formula can stimulate muscle growth, boost protein synthesis, and improves the body's ability to burn off fat. They seem to also aim at an older audience when they say "Human Growth Hormone levels naturally decrease with age, but studies have shown that some specific amino acids can stimulate the release of Human Growth Hormone." 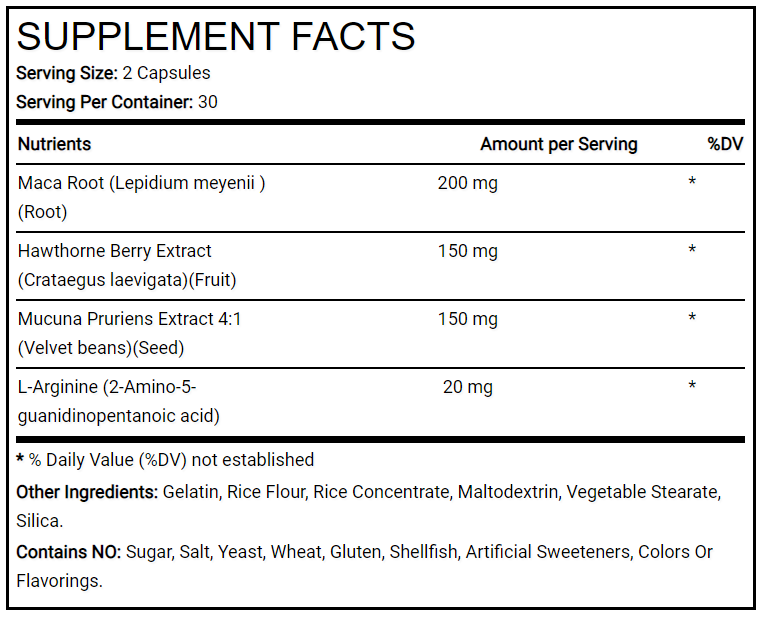 Directions: Take two (2) capsules with water approximately 20 minutes before your breakfast. For best results, use for a minimum of 2 months. Use with a suitable diet and exercise programme.

Thinking about ordering Crazybulk HGH-X2? We've put in the research so that you don't have to!

Here's where you can get Crazybulk HGH-X2

What are HGH and Somatropin?

Before we dive in on Crazybulk HGH-X2 Somatropin's formula, let's first learn what Somatropin is precisely and why stimulating the Human Growth Hormone is critical for muscles and performance.

Somatropin is a synthetic type of human growth hormone or HGH. It is critical for the growth of bones and muscles. Medically, somatropin is used to treat growth failure among adults and children, especially those with conditions that make them lack natural HGH levels.

Some conditions where somatropin is used (as an injection under the skin or directly into the muscle) include Noonan syndrome, Prader-Willi syndrome, and Turner Syndrome.

In fitness, somatropin is used to speed up muscle recovery. More commonly, the steroid is also used to boost muscle mass, burn fat, and optimize metabolism.

As with excessive steroid use, somatropin also has concerning side effects. These include:

For both performance and side effects, somatropin (or any form of HGH) is banned in and out of competition.

"hGH is prohibited both in- and out-of-competition under section S2 of WADA’s List of Prohibited Substances and Methods."

This drove many fitness buffs to search for somatropin alternatives, with many of them going as far as Mexico to buy from illegal vendors.

For this reason, some supplement companies capitalized on the demand for somatropin by creating safer (aka watered down) alternatives, and Crazybulk's HGH-X2 is one of them. 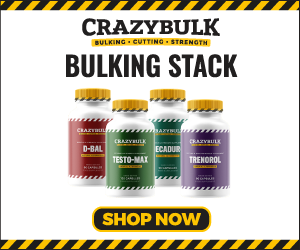 Looking for a way to get the most out of D-Bal? Check out the before and after pictures from people stacking this with other Crazybulk products!

Below are the ingredients found in Crazybulk HGH-X2 Somatropin

Judging from how the formula was made, the angle the company took with Crazybulk HGH-X2 is more on testosterone-boosting.

We get the overall idea, but the execution wasn't that good. We're not sure if they wanted to keep the price low since there are many, many other ingredients known to boost testosterone levels, such as D-Aspartic Acid, Boron, and Zinc. Even Zinc, an everyday mineral, was omitted despite plenty of research citing the mineral as a critical nutrient for testosterone production.

The dose is not wrong, but the quality of the ingredients isn't that good, so we're not entirely confident with Crazybulk HGH-X2 as a standalone somatropin replacer. 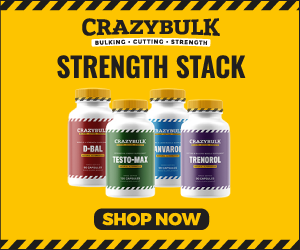 Want to gain more strength with D-Bal? Check out the before and after pictures from people stacking this with other Crazybulk products!

Who is Crazybulk HGH-X2 made for?

The average customer for Crazybulk HGH-X2 is the lifter who ran out of somatropin. Their marketing and website will say the same thing.

On our end, we think Crazybulk HGH-X2 is more for those who want a testosterone booster that isn't too strong. It would also be a good male sexual health supplement, so it definitely caters to men who have problems in bed, especially men over 40 or 50 years of age.

What are Crazybulk HGH-X2 benefits?

The main benefits of taking Crazybulk HGH-X2 are for sexual health and mild testosterone boosting. There are also some benefits to better mood and better sex drive, but those aren't the benefits you expect from a somatropin-alternative.

The website says the supplement has no side effects, but we don't really like claiming that. As you know, every person's body does not have the same reaction to a given substance or ingredient. What may be safe for me may not be safe for you.

For that reason, we hesitate to say any product is free of side effects. However, Crazybulk HGH-X2's dosing is within the "mild" range as far as what's considered high for the listed ingredients. We're thinking if there are side effects, they will likely be minimal or unnoticeable.

Supplements don't go through the FDA. If they did, probably at least 75% of all supplements in the market would be wiped out due to potential health concerns and dose regulations.

There are supplements out there that actually are approved by the FDA, but they're so rare you might only need two hands to count all of them. More than the rarity, there's a lot of legal loopholes and money involved in getting FDA Approved, and it's just an unnecessary expense that the customers will shoulder in the end.

So, we're sure Crazybulk HGH-X2 is not FDA approved.

Is HGH-X2 Banned in Sports?

We did a scan of the ingredients and cross-referenced them over at WADA. While the ingredients did pass the eye test, we don't see any "safe for sports" guarantee on their website.

Supplements that are good for athletes will always have a certificate or a logo from a third-party testing group that tells customers it's safe for sport. Being safe for sport means athletes can take them before a competition, and they wouldn't sound alarms during blood or urine tests.

The lack of sport certification tells us Crazybulk HGH-X2 did not go through any third-party testing. It also tells us the company is not entirely confident about their formula's purity, as it may contain trace amounts of substances that would disqualify an athlete.

Therefore, Crazybulk HGH-X2 is not allowed in sport.

How long does HGH-X2 last?

Supplements don't tend to last longer than six hours after consumption, with effects peaking during the first two hours.

For Crazybulk HGH-X2, we are almost sure that its effects shouldn't last longer than eight hours. In fact, we think the actual time is shorter since the dose isn't too high to begin with.

Safety is subjective. As we mentioned earlier on side effects, our bodies tolerate ingredients differently.

Just to be on the safe side, we don't recommend pregnant women, people taking prescription drugs, or those who just don't have a healthy body to take Crazybulk HGH-X2 unless their doctor allows them.

Assuming your body is healthy, or you are without any type of health problems, Crazybulk HGH-X2 should be safe enough provided you follow the instructions on how to use it (which ain't that hard at all).

If you are genuinely concerned about the safety of this product, see a doctor and ask them.

Can HGH-X2 help with weight loss?

This is going to be tough to answer.

On one end, testosterone levels are indirectly linked to how good our body is at fat burning.

On the other hand, there are plenty of normal testosterone range men out there who aren't muscular or lean at all. Not to mention Crazybulk HGH-X2 is a somatropin-alternative, and somatropin isn't solely known for its cutting benefits.

Can HGH-X2 be taken with other HGH enhancers?

It depends on what formula the other products have. If you're taking more of the same thing, only expect to amplify the properties of the ingredients you already see in Crazybulk HGH-X2's label. Personally, you're better off "rounding off" the benefits by taking a supplement that can complement Crazybulk HGH-X2 or at least fill some of its gaps.

Can it actually replace Somatropin?

The hard answer is no. Somatropin is a real badass steroid that can really boost your body's ability to gain muscle, burn fat, and recover from injury at the cost of long-term health.

Crazybulk HGH-X2 doesn't appear to be anywhere as close to the potency of somatropin, but we think it's good. Supplements aren't supposed to endanger their customers, even if it means using "weak" ingredients or lowering the dosages of their key components.

For that reason, we think Crazybulk HGH-X2 can use some improvements.

How to improve HGH-X2's performance

We also think adding the following ingredients can improve the overall formula or at least the potency of the ingredients.

It makes use of ingredients known to help with testosterone as well as ingredients that can improve a man's sexual health. It seems to target men who are in their late 40s or 50s as well as those who want to try somatropin without the risks.

With all that said, we don't think Crazybulk HGH-X2 is capable of fully replicating what somatropin can do. The doses are too mild, the ingredients too bland or generic, and the overall function is just not good for weight lifitng performance and muscle mass.

It's why we think Crazybulk HGH-X2 should be used on top of other testosterone boosters or some other ergogenics that can complement its effects.

Enjoyed this Crazybulk HGH-X2 review? Consider getting it here: