One of the many good innovators in the supplement industry is Cellucor. And to prove just how innovative they are when it comes to the business of gym nutrition, they formulated C4 Ultimate Pre-Workout.

C4 Ultimate Pre-Workout is described as a supplement that has evolved beyond what normal pre workout formulas are capable of, but we’ll be the one to have the last say on that. 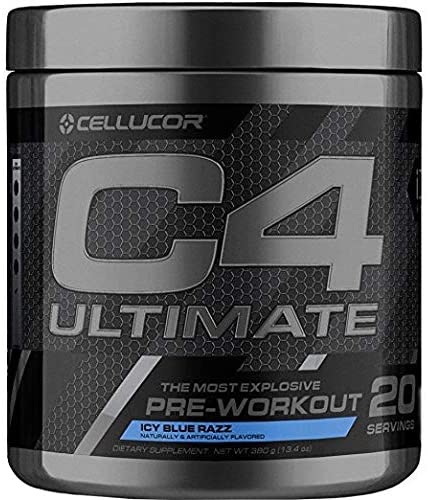 C4 Ultimate Pre-Workout is described as a pre workout that  delivers energy you can feel, powerful pumps, muscular endurance, extreme focus, and peak performance. It is also declared as a clean, clear, and evolved formula. This is perhaps to allude to how many supplements use too many dyes, prop blends, and cheap, generic ingredients. Here’s what we also noticed: 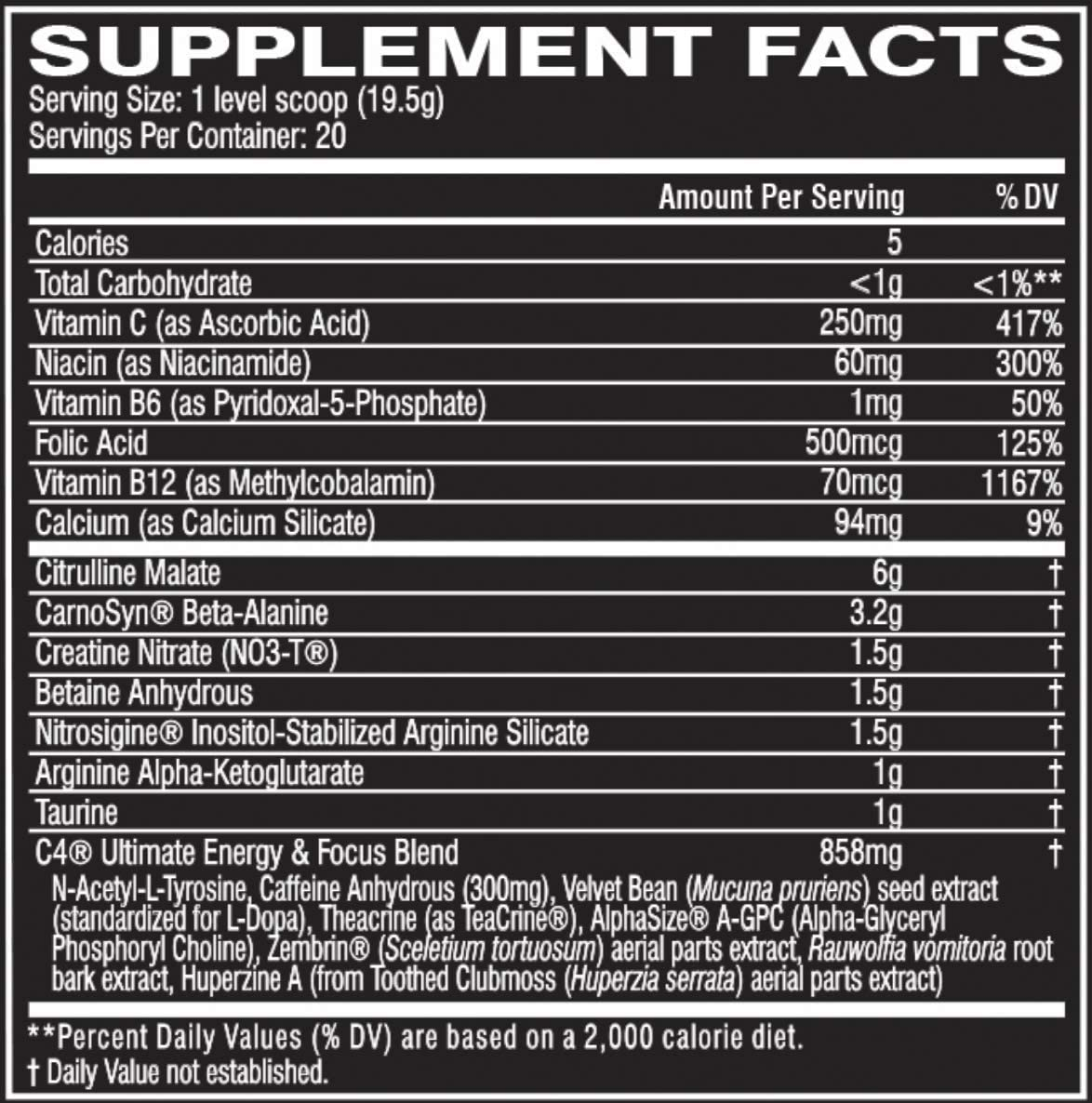 Directions: Take one serving (1 scoop) of C4® Ultimate, mixed with 10-12 fl. oz. of water 20-30 minutes before training. During your workout, it is recommended that you drink plenty of water or a performance beverage to stay hydrated. Some individuals may experience a harmless tingling sensation, which is attributable to beta alanine. USE ONLY AS DIRECTED.

Thinking about ordering C4 Ultimate? We've put in the research so that you don't have to!

Who is C4 Ultimate Pre-Workout made for?

C4 Ultimate Pre-Workout seems to market to mostly those who have been a fan of the C4 brand for years. After all, the entire marketing page speaks about producing the most evolved C4 formula since the dawn of time. Based on the formula design, we think C4 Ultimate also greatly caters to those who know what ingredients to look for in a pre workout formula, especially as we have plenty of branded and top tier ingredients.

What are C4 Ultimate Pre-Workout’s benefits?

C4 Ultimate Pre-Workout can definitely boost your pumps, performance, and lifting power. More importantly, the formula seems to be really designed to help with muscle recovery, making it a sort of helpful post-workout blend. The energy it provides is a whopping 300 mg, but the addition of nootropics as well as quasi-caffeine ingredients should help reduce the side effects associated with stimulant use.

Speaking of side effects...

The main sources of side effects will likely come from either beta alanine or caffeine (or perhaps both).

Beta alanine at large doses can cause itchiness, often in the arms and legs, but sometimes also the face. It’s not that bad; think of an ant slowly crawling on your skin kind of itching. The CarnoSyn brand’s known to help reduce this effect, but it still depends on the user.

Caffeine at 300 mg is often too high even for caffeine fans. Drinking 3 cups of coffee may not seem that bad, but 3 cups of pure, direct to your senses caffeine in one gulp is a different beast. If you’re not ready, you might experience jitters, anxiety, headaches, some stomach pains, and the crash.

C4 Ultimate Pre-Workout is a really cool-looking work of art as far as C4 products are concerned. The formula is well designed, the doses are mostly on point, and the ingredients used will definitely attract the premiums-only crowd. You can expect to get a good hit of energy, a great pump experience, and just a generally strong experience when you take it.

With that said, we think C4 Ultimate Pre-Workout could use a bit of tweaking, particularly in the number of ingredients used and the redundant ingredients. And as it is, you can completely omit the second blend and leave caffeine, and you’ll still get a good product.

Regardless, C4 Ultimate Pre-Workout is definitely a good recommendation, especially with that price tag.