The supplement industry has been producing and selling supplements for decades. It’s come to a point where even the most solid, well-functioning formula has either been copied from another brand or just isn’t as strong anymore. In the case of the latter, the most popular go-to solution is to simply go the extremes.

However, so many extreme supplements only succeed at creating an imbalance formula as opposed to a more well rounded experience. Cellucor thinks it can produce an extreme product that still manages to give justice to formula synergy with their C4 Extreme Pre-Workout.

C4 Extreme Pre-Workout is described as a blast of energy, pumps, blood flow, and endurance in one pre-workout. It also boasts of an open-formula with no artificial dyes or flavors, fully transparent without proprietary blends, and innovative ingredients with enhanced formulas for extreme performance.

So, just how good is this extreme pre workout? Is C4 Extreme Pre-Workout too extreme for its own good? Let’s go check it out.

On top of those three key elements, they also say that other than explosive energy and performance, C4 Extreme Pre-Workout is also said to deliver an extremely clean nutritional profile built with zero calories, zero sugar, and zero carbs, with zero compromises on the amazing flavors you'd expect from C4®. 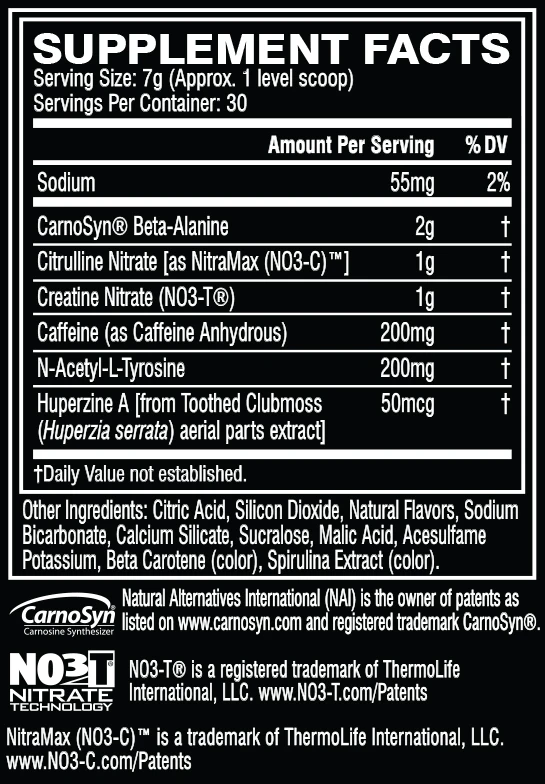 Directions: Take one serving (1 level scoop) of C4® Original, mixed with 6 fl. oz of water 20-30 minutes before training. Some individuals may experience a harmless tingling sensation, which is attributed to beta alanine. USE ONLY AS DIRECTED.

Thinking about ordering C4 Extreme? We've put in the research so that you don't have to!

Here's where you can get C4 Extreme

“β-Alanine supplementation was effective at increasing power output when lifting loads equivalent to the individual’s maximal strength or when working at maximum power output. The improvement observed at 1RM was explained by a greater load lifted, or strength gain, in response to training in the participants who took this supplement.”You see, while beta alanine is indeed really awesome for muscle recovery and endurance, the problem is taking too much of it can get you a bit itchy or some tingling sensation. This is caused by the rather large molecules grazing your nerve endings during circulation.To some people, this is a sign that the product is working and authentic. Others find this tingling an annoyance. CarnoSyn helps reduce this side effect while also improving beta alanine purity. The dosage of 2 grams, while good, could be better if we’re taking an extreme take here.

Who is C4 Extreme Made For?

What are C4 Extreme Benefits?

C4 Extreme Pre-Workout can give you a good boost of energy and a pretty decent performance enhancement too. There’s also an angle on endurance to consider, especially because of the presence of beta alanine and creatine in one blend.

The focus benefit is pretty good too, but not really the highlight of the formula.

The main sources of side effects will likely come from either beta alanine or caffeine.

Depending on how tolerant your body is, the dose given to beta alanine may or may not cause you to have an itching fit or some minor tingling sensation under your skin. If you do, relax. It’s just the molecules making its way to where they’re needed. And it often goes away pretty quickly, especially since CarnoSyn grinds these molecules to really small particles.

Caffeine at 200 mg can be a bit high for non coffee drinkers, but an otherwise normal dose for the usual coffee lovers out there. If you’re not a fan of caffeine, 200 mg can cause a good bout of the jitters and even a crash. If you take this supplement some time in the afternoon, it may also cause you to have a bad sleep experience.

C4 Extreme Pre-Workout is Cellucor’s answer to their customers’ plight for an extreme brand of C4 pre-workout. The formula has something for endurance, strength, energy, focus, and even muscle recovery. It also comes in with all the branded ingredients you can ask for.

However, the most disappointing part of C4 Extreme Pre-Workout is how we were conditioned to expect an extremely potent formula, only to be handed what most seasoned supplement users will describe as generic or safe, and it all has to do with the dose for each ingredient.

Enjoyed this C4 pre-workout review? Consider getting it here: